We're still working on this portal which will be available very soon.

Reach out the admin team anytime with your concern at admin@earlychurch.org

Feedback - Tell us How we're doing.

Vatican city, for all those who still hesitate about the fact that the antichrist sits at the Vatican and that he has received his power from the great dragon, the ancient serpent, called the devil and satan, the one who seduces the whole earth.

Here are 2 pictures of a statue and a fresco, among the many that I brought back from my trip to Rome last May. Some will only see the art of Michelangelo, but those who look carefully with the eyes of the Spirit will see the confirmation of modern events made clear by the prophecy.

Anyone who knows the Scriptures will be able to recognize in the picture on the left the description that is made in Revelation 6: 1, "And I saw when the Lamb opened one of the seals, and I heard, as it were the noise of thunder, one of the four beasts saying, Come and see. And I saw, and behold a white horse: and he that sat on him had a bow; a crown was given unto him: and he went forth conquering, and to conquer." He had a bow, but no arrow, as this statue demonstrates. It's no coincidence that this is set in the Candelabrum Gallery at the Vatican Museum.

The second picture has many symbols and evokes several passages from Revelation, especially chapters 17: 3 and 13: 4-8; "So he carried me away in the spirit into the wilderness: and I saw a woman sit upon a scarlet coloured beast, full of names f blasphemy, having seven heads and ten horns. And the woman was arrayed in purple and scarlet colour, and decked with gold and precious stones and pearls, having a golden cup in her hand full of abominations and filthiness of her fornication: And upon her forehead [was] a name written, MYSTERY, BABYLON THE GREAT, THE MOTHER OF HARLOTS AND ABOMINATIONS OF THE EARTH. And I saw the woman drunken with the blood of the saints, and with the blood of the martyrs of Jesus: and when I saw her, I wondered with great admiration " You can easily identify the woman sitting on a beast on the top right. Look down to the right and to the left how she is submissive to the great dragon who seduced her and whom all the inhabitants of the earth adore. The warlike and murderous intentions of this power are illustrated by the king who carries a sword in his right hand.

This woman is responsible for the death of Peter, Paul, all the apostles and all the saints of Jesus-Yeshua, although she claims to have built her basilica on Peter. But Peter never went to Rome and it is known that Paul was beheaded by her. She is the great city that has kingship over the kings of the earth and sits on seven mountains (Rev. 17: 9,18). You can discover other clues in these and other photos that will be released later. The Lord Yeshua always knew before the foundation of the world where satan would sit: "I know thy works, and where thou dwellest, [even] where satan's SEAT [is]: and thou holdest fast my name, and hast not denied my faith, even in those days wherein Antipas [was] my faithful martyr, who was slain among you, where satan dwelleth." (Rev. 2:13-14). Some even call it the"holy seat", but the only thing that has to be done is to obey the heavenly commandment which shouts, "Come out of her, my people, that ye be not partakers of her sins, and that ye receive not of her plagues. For her sins have reached unto heaven, and God hath remembered her iniquities." (Revelation 18: 4-5) The time of Babylon is over and it will be destroyed in one hour, as Scripture says. Many people think 666 to be a chip, but it is the number of a man, the antichrist, who sits in Rome (Revelation 13:18). 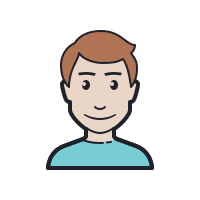 May God bless you pastor Thomas.

Letter from the president

Here you will find food for your souls, and you will be blessed, as it is written: "Blessed is he that reads, and they that hear the words of prophecy, and keep the things that are written therein! For the time is at hand." (Revelation 1:3). We are indeed closer to the Lord's Return than in the days when we believed. This is why we must carefully keep the things that are written in the prophetic Word and take heed, as Peter said: "We have also a more sure word of prophecy; whereunto ye do well that ye take heed, as unto a light that shineth in a dark place, until the day dawn, and the day star arise in your hearts: Knowing this first, that no prophecy of the scripture is of any private interpretation. For the prophecy came not in old time by the will of man: but holy men of God spake [as they were] moved by the Holy Ghost." 2 Peter 1:19-21).

This portal is the answer to brethren from all over the world (such as the Netherlands, Zimbabwe or Kenya) who ask us for references to the famous "Let us Get Orientation", written by Pastor Pierre Kas, or to our open letters. They contact us to share their experiences, to debate and ask questions or to invite us to visit them in their respective countries. However, there are some points of discussion which are already treated in our former writings, but which are not available to the brothers because they are not all English or French speakers. Truly, communicating with them is of the utmost importance to us, and that is why we want to make all our writings available in several other languages, such as Spanish, Portuguese, German, Italian, Polish and Russian.

This is a great undertaking, you will tell me, but it is also in accordance with the Great Commission of our Adonai, who commanded: "Go ye therefore, and teach all nations, baptizing them in the name of the Father, and of the Son, and of the Holy Ghost: Teaching them to observe all things whatsoever I have commanded you: and, lo, I am with you alway, [even] unto the end of the world. Amen." (Matthew 28:19-20). I believe He is with us all the days of this mission, just as He promised. Please do not hesitate to contact us to submit your comments or exchange views, even contradictory ones. Yeshua was a great debater and he was not afraid to be questioned even publicly. This is no longer the case today among all denominations, who have hidden behind excuses and give the impression of collusion between them. But the Early Church of Yeshua Ha Mashyah is the church of debate and confrontation, just like their Lord. Happy reading!

The Early Church Of Yeshua Ha Mashyah
Assembly of Jeffersonville, IN, USA