We're still working on this portal which will be available very soon.

Reach out the admin team anytime with your concern at admin@earlychurch.org

Feedback - Tell us How we're doing.

The true believers and Representatives of the end-time message on the Earth.

The Early Church of Yeshua Ha MashYah's headquarters is located in the Democratic Republic of Congo's capital which is Kinshasa. William Branham tells us about the Divine order that was established in the Early Church in the beginning. It concerns the way the anointed men of the beginning took care of the Church over which God had made them overseers. For William Branham, this Divine order of Headquarters had to be restored in the Church here at the end, before the Holy Spirit fell. The functioning of the Headquarters system is the vision that the prophet had for the Church in the future. The HQ is the framework and the place to decide on unresolved issues in the Local Assemblies. Other Local Assemblies are branches or outposts of the Headquarters. The Headquarters is the place where the eagles receive Spiritual Food. 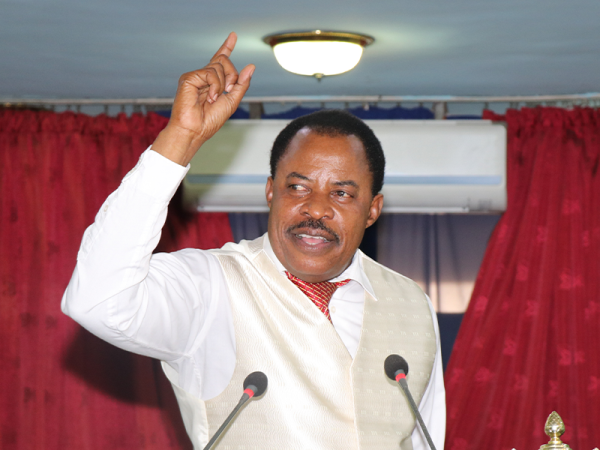 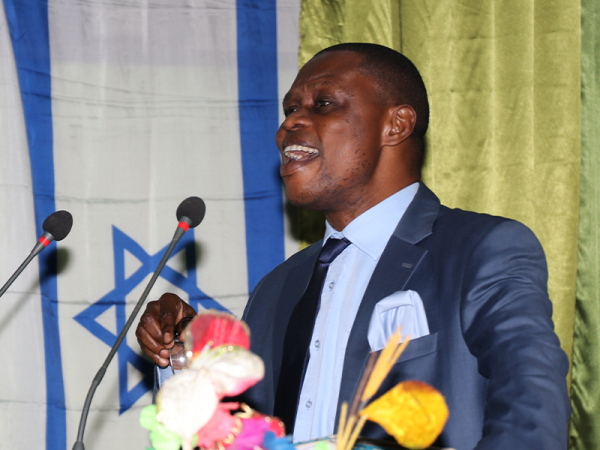 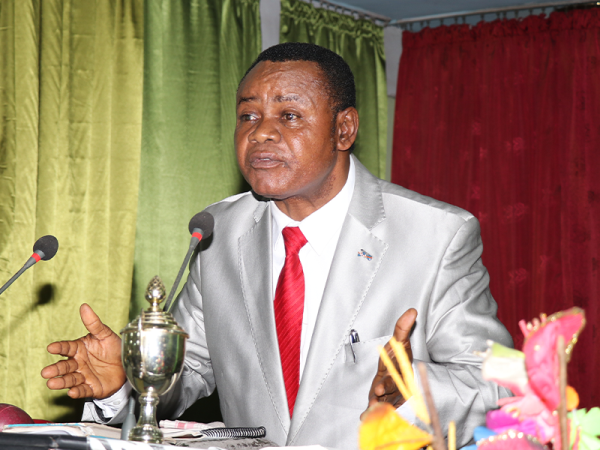 The Early Church of Yeshua Ha Mashyah in Jeffersonville, Indiana, is a nonprofit organization that spreads the Gospel of Jesus Christ through Bible studies, conferences, sermons, and other religious services. In 1983, we started conducting religious services and conferences in the Congo with the hope of spreading His Word to the rest of the nation, especially His end-time message. Since then, we've been dedicating ourselves to being fishers of men and to teaching people how to become God's disciples. We are now in the United States eager to extend the reach of our organization and to touch the hearts of average American families and individuals.

The assembly of Kinshasa in Jeffersonville was first located in Buffalo, NY. In 2014, brother Pierre Kas who is the overseer of The Early Church Of Yeshua Ha Mashyah worldwide came in the USA for an important mission regarding the End time message. He asked all of us to move from Buffalo, NY to Jeffersonville, IN for the honor of the message to serve the Lord Yeshua. The church of the Lord Yeshua is here in Jeffersonville to remind the people of Jeffersonville and of the united states as a country the message they have forgotten before the jugement of the gentils. William Branham, the prophet of God said that "Africa has to send missionaries over here to America. This is the place they're needed, right here, worse than it is over there". Branham Tabernacle have abondonned the End-time message since the departure of William Branham to the celestial home. 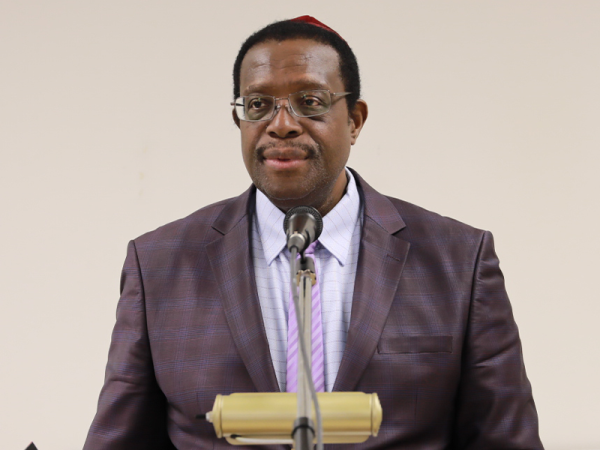 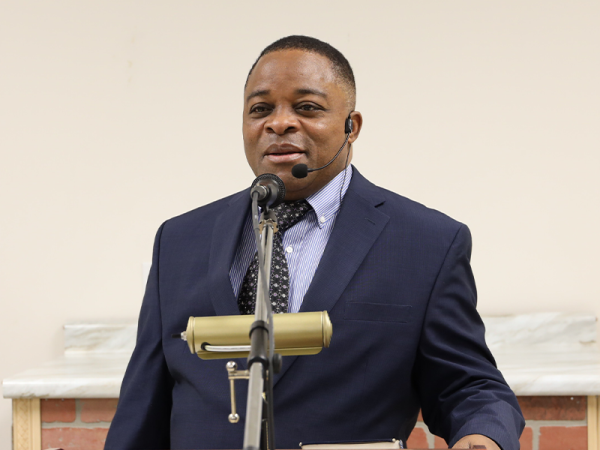 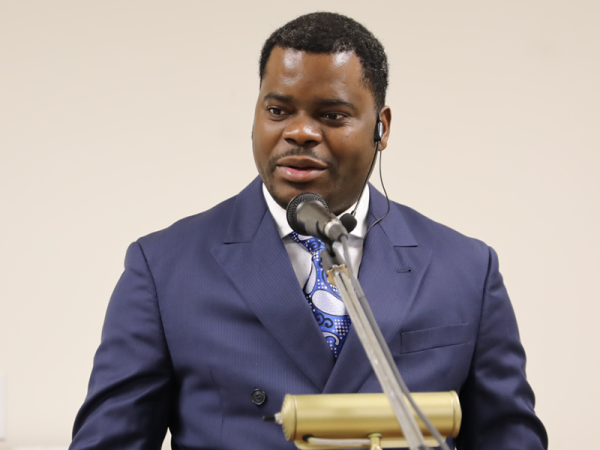 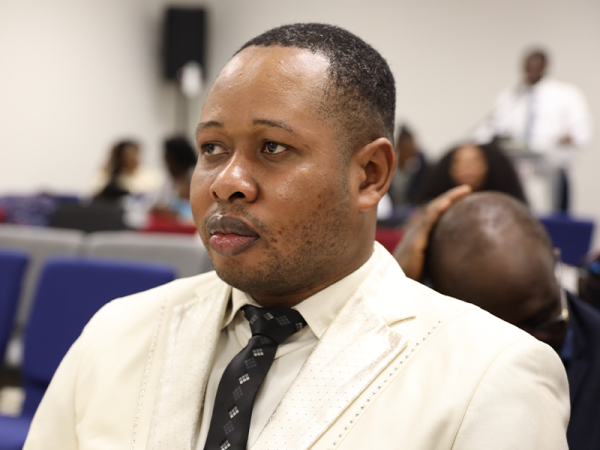 Letter from the president

Here you will find food for your souls, and you will be blessed, as it is written: "Blessed is he that reads, and they that hear the words of prophecy, and keep the things that are written therein! For the time is at hand." (Revelation 1:3). We are indeed closer to the Lord's Return than in the days when we believed. This is why we must carefully keep the things that are written in the prophetic Word and take heed, as Peter said: "We have also a more sure word of prophecy; whereunto ye do well that ye take heed, as unto a light that shineth in a dark place, until the day dawn, and the day star arise in your hearts: Knowing this first, that no prophecy of the scripture is of any private interpretation. For the prophecy came not in old time by the will of man: but holy men of God spake [as they were] moved by the Holy Ghost." 2 Peter 1:19-21).

This portal is the answer to brethren from all over the world (such as the Netherlands, Zimbabwe or Kenya) who ask us for references to the famous "Let us Get Orientation", written by Pastor Pierre Kas, or to our open letters. They contact us to share their experiences, to debate and ask questions or to invite us to visit them in their respective countries. However, there are some points of discussion which are already treated in our former writings, but which are not available to the brothers because they are not all English or French speakers. Truly, communicating with them is of the utmost importance to us, and that is why we want to make all our writings available in several other languages, such as Spanish, Portuguese, German, Italian, Polish and Russian.

This is a great undertaking, you will tell me, but it is also in accordance with the Great Commission of our Adonai, who commanded: "Go ye therefore, and teach all nations, baptizing them in the name of the Father, and of the Son, and of the Holy Ghost: Teaching them to observe all things whatsoever I have commanded you: and, lo, I am with you alway, [even] unto the end of the world. Amen." (Matthew 28:19-20). I believe He is with us all the days of this mission, just as He promised. Please do not hesitate to contact us to submit your comments or exchange views, even contradictory ones. Yeshua was a great debater and he was not afraid to be questioned even publicly. This is no longer the case today among all denominations, who have hidden behind excuses and give the impression of collusion between them. But the Early Church of Yeshua Ha Mashyah is the church of debate and confrontation, just like their Lord. Happy reading!

The Early Church Of Yeshua Ha Mashyah
Assembly of Jeffersonville, IN, USA